Oil News: Saudis May Have Reignited Stock Volatility in 2015

On Dec. 21, as traders geared up for Christmas, Saudi Oil Minister Ali al-Naimi appeared to announce a seismic shift in his country’s — and OPEC’s — policy regarding the price of oil, which plummeted. nearly 50% since June to multi-year lows (see 6-month chart for DB Powershares Oil ETFs (BOD -1.28%), below). If true, the change could have implications far beyond the oil market in 2015, including the stock market. Considering that much of this year has been characterized by very low volatility, with CBOE Volatility Index (^VIX 0.00%) with an average of just 14.1 – well below its long-term historical average of 20 – equity investors could face a bumpier ride. 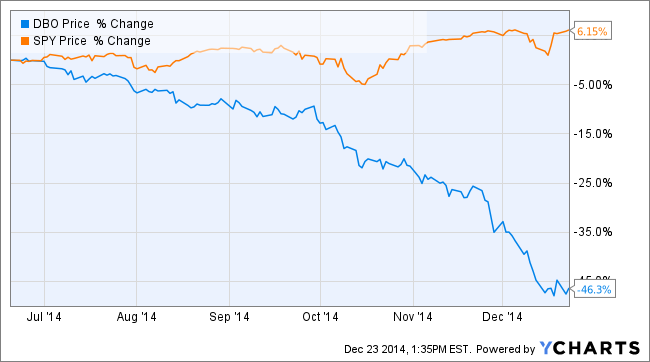 BOD given by Y-Charts.

Here is what Mr. al-Naimi told the Middle East Economic Survey on December 21:

As OPEC policy, and I have convinced OPEC of this, even [OPEC Secretary General] Mr. al-Badri is now convinced that it is not in the interest of OPEC producers to cut production, whatever the price… Let it go down to $20, $40 , $50, $60, whatever.

In other words, OPEC is now focused on protecting its market share rather than the price of oil per se, as evidenced by last month’s decision to maintain production at existing levels in the face of falling oil prices. price. It is expected that higher cost producers – including U.S. shale oil companies – will be forced to cut production, reducing the current oversupply and ultimately mitigating some of the pressure on prices (the marginal cost of production in Saudi Arabia is only 10 dollars per barrel).

Yet no one knows how long this process will take (although oil companies have started announcing spending cuts); in the meantime, OPEC has just abolished the floor on the price of oil. Traders and fund managers are struggling to understand the full implications of this decision.

In his last memoHoward Marks, who runs Oaktree Capital Management, cites his firm’s research comparing the current situation to an earlier episode in a different industry (take note – Warren Buffett says Marks’ memos are the first things he reads in his mail !):

An imperfect analogy might be instructive: capital market conditions for energy-related assets today are not much different from what we saw in the telecommunications sector in 2002. As in telecommunications, you have had the confluence of really cheap funding, innovative technology, and prices for the product that were pretty stable for quite a while. These conditions created an oversupply of oil capacity, resulting in a downdraft. [To this list of contributing factors, I would add the not-uncommon myth of perpetually escalating demand for a product.]

We know how the telecom capacity ramp-up ended (hint: not well!). As the Oaktree research concludes:

It is historically unprecedented for the energy sector to witness this type of market downturn while the rest of the economy is functioning normally. As in 2002, we could witness a scenario where the effects of this sectoral dislocation would spread in a general “contagion”.

One of the ways of contagion could be through banks that have lent to oil companies (especially small/leveraged companies). Another potential area of ​​concern: at around 15%, the energy sector represents the largest weighting in the junk bond market; the decline in oil has already sent ripples through the market. I’ve been writing for some time that investors should avoid being lulled into the calm sea of ​​ultra-low volatility, especially as the Fed begins to phase out its dovish measures in times of crisis. The unexpected drop in the price of oil combined with the change in OPEC policy could be another factor fueling stock market volatility in 2015. Preparing for this possibility will make it easier to endure instead of panic selling during the first bouts of excitement. . In the meantime, genuine investors (as opposed to traders) can continue to focus on superior companies with the aim of investing “throughout the cycle”.